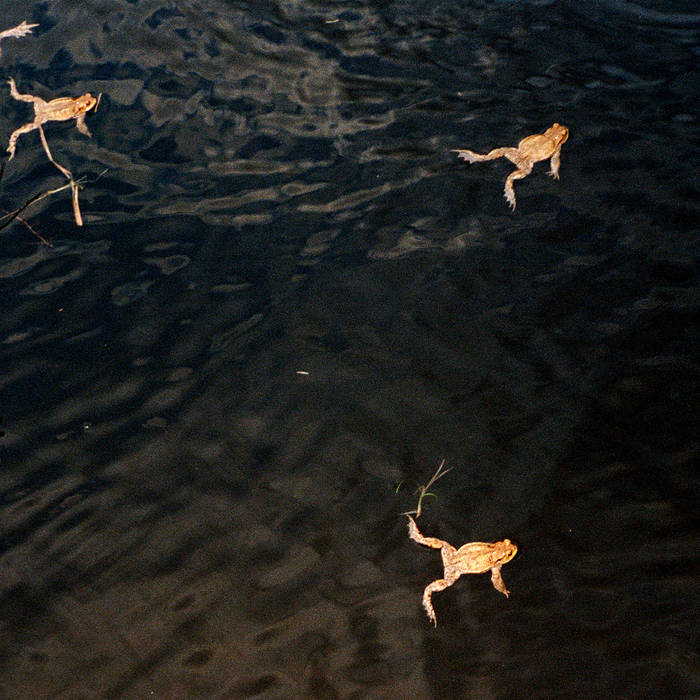 On April 1, 2021 I went on a hike to Egelsee (Leech Lake), a so called kettle hole lake in Unterach, Austria.

The familiar picturesque alpine landscape suddenly became contrasted by peculiar creatures like leeches, grass snakes and hundreds of toads and their bizarre and violent mating rituals.

The toads were moving back from their wintering grounds to their traditional spawning pond to breed, I guess. In the lake some female toads got entirely smothered in male flesh so that they sometimes disappeared beneath a ball of male toads. Some of these balls were moving slowly through the lake, rotating on its surface like some miniature planets of flesh and mud. It is not uncommon that the female toads drown that way.

The male toads are so excitable that they will grab everything that moves, even my shoes. And when they grab other males they get warned of their mistake by shrill piping calls.

The composition is based on a 4 channel recording i made with one basic AB stereo setup and another one under water. My perspective switches between these spatialities as well as between certain temporalities. Modifying the playback speed of recordings may enhance different qualities of sound and reveal interesting details. Frequencies become perceptible that are usually beneath or above our hearing range. Sometimes textures turn into rhythms and vice versa, telling us more about the nature of sound production.

And occasionally these natural sounds evaporate into clouds of synthetic imagination, mesmerizing and disturbing at the same time, like toads.