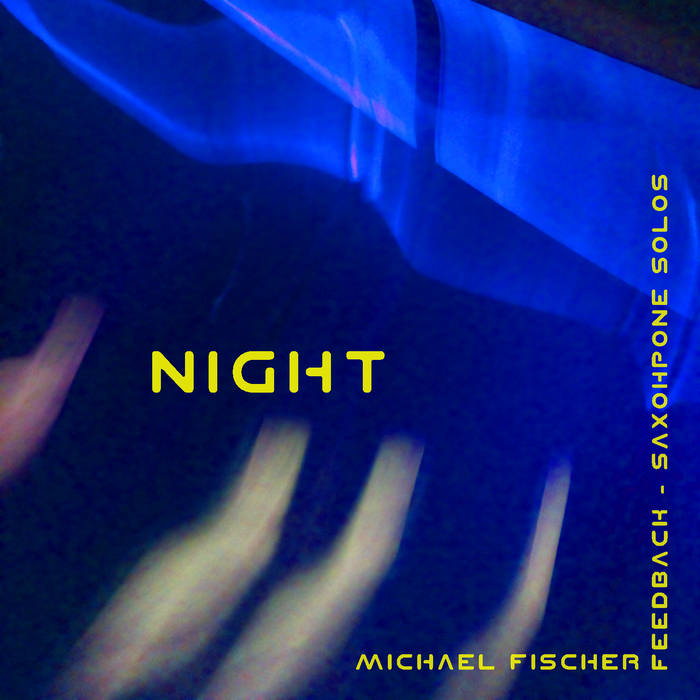 NIGHT is the second solo album after a long period of live presentations and artistic research since 2001. The focus of this artistic research is on the behaviour of feedback-textures (amplified by ever changing sound systems in different sized spaces with specific relations of wood, glass, stone, fabric etc.), the development of specific techniques as well as the feedback-textures' metaphors of sound. The feedback-saxophone sound production is strictly analog, no processing, no effects; it is a microphone capsula in the saxophone tube, connected with a rudimentary pre-amp plugged into a basic mixer, which sends the signal to the front-of-house sound system and an on-stage, on-site available feedback-trigger-speaker.
(Michael Fischer)

Michael Fischer, musician-composer, works on the speech immanence of sounds, their sculptural
and dramatic evidence, in the field of free improvised / experimental music and soundart. m.fischer.wuk.at/works.htm

He has worked with outstanding artists and early key-figures from the international improvised music scene since mid of the 90ies, as well as significant artists in experimental poetry, conceptual art and dance/performance in Europe, Lebanon, Canada, USA and Japan.
m.fischer.wuk.at/live&docu.htm

In 1999, Michael Fischer began integrating the acoustic phenomenon feedback into his work and developed an exclusively analog, no-effect-based instrument, the feedback-saxophone.
m.fischer.wuk.at/feedback_saxophone.htm

In 2004 he launched the Vienna Improvisers Orchestra and works as instant composition conductor with international improvisation orchestras, temporary large ensembles and choirs for festivals, universities and other institutions.  https://m.fischer.wuk.at/icc.htm

In 2005 he developed a radio- and live-set-up for cooperations with writers of experimental poetry and prose, setting ad hoc soundscapes on 3-cd-players in dialog with the recitation (ORF Ö1 Kunstradio, Beat Museum San Francisco, Sprachsalz Festival a.m.o.)  https://m.fischer.wuk.at/soundscaping.htm

Editorial note:
Track 10 was post-produced with delay. All other tracks were mixed and mastered without any additional effects, only some tracks underwent minor adjustments of the reverberation of the recording space.